Initially, few interaction meetings were conducted with progressive farmers in collaboration with Sewa International, Kashi and GK Research Development Foundation, Varanasi. Onion Awareness Camp was organized on 12 December, 2017 under the chairmanship of Dr. Major Singh, Director, ICAR-DOGR to create awareness and enhance the knowledge level of farmers to adopt new technologies of onion production in Mirzapur, Varanasi, Ghazipur and other adjoining areas.
Onion is an important commercial crop which can improve livelihood of poor farmers. It also plays a crucial role in food and nutritional security of human beings. Though, the south eastern part of Uttar Pradesh especially Mirzapur has congenial climatic conditions for onion production at commercial level, the cultivation of onion was limited to only rabi season at small level, mostly for kitchen gardens. There is tremendous scope to cultivate onion during kharif at commercial level to achieve more profit than rabi season and other traditionally growing vegetables. The farmers of Mirzapur district generally cultivates local varieties of onion which yields only 10-15 t/ha. As the quality of onion bulbs of these varieties is also poor, they get less profit. Therefore, it was decided to promote onion varieties and other production technology of ICAR-DOGR in Mirzapur district of Uttar Pradesh.

Total 140 field demonstrations on onion cultivation were conducted in kharif and rabi seasons in Mirzapur district. About 50 progressive farmers (5 from each village) were selected from twelve villages including Gangpur, Bagahi, Jalalpur, Sahaspura, pratappur, Keshavpur, Dharampur, kailhat, shivajipuram, Nakahara, Shivrajpur and Govindpur of Chunar taluka, Mirzapur (UP). For the first time, kharif onion production was initiated at commercial level in Chunar taluka of Mirzapur. A total of 90 demonstrations on newly improved onion varieties and improved production technologies were carried out during kharif 2018-19 and 2019-20. Similarly, 50 demonstrations were conducted on rabi onion cultivation.

Most of the farmers from selected villages are now ready to cultivate onion crop on commercial scale as they have seen the profit gained by farmers through demonstration areas. They are also ready to replace their traditional crop groundnut for kharif onion. Farmers produce groundnut at the rate 6 q per acre and get price of Rs. 32-35/- per kg. Thus, they get maximum income of Rs. 21000/- per acre. As per farmers’ opinion, kharif onion is 3-4 times more profitable than traditionally grown groundnut. The onion farmers are also enjoying unexpected income through kharif onion cultivation due to hike of onion price in the market as well as drastic decrease in onion production due to erratic rainfall causing water stagnation in the fields during current kharif season. The farmers sold their onion at Rs. 40-60 per kg and got the income up to 4.80 lakh per acre.

The demonstrations led to conclusion that the eastern part of Uttar Pradesh is suitable for kharif onion production. It requires a drive from Department of Agriculture, Govt. of Uttar Pradesh to extend onion production technology in these pockets of the country to solve the issue of onion price fluctuation during the months of October to November. 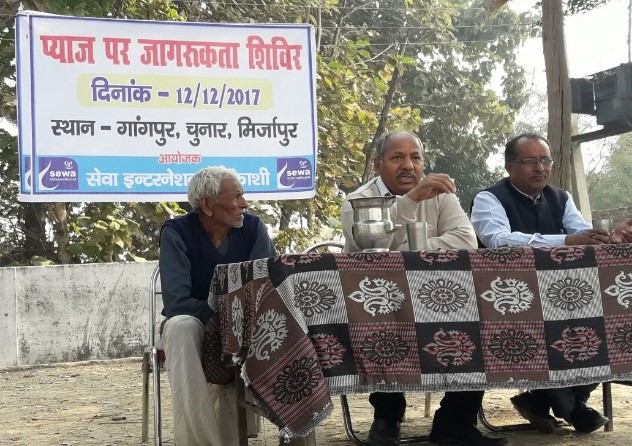 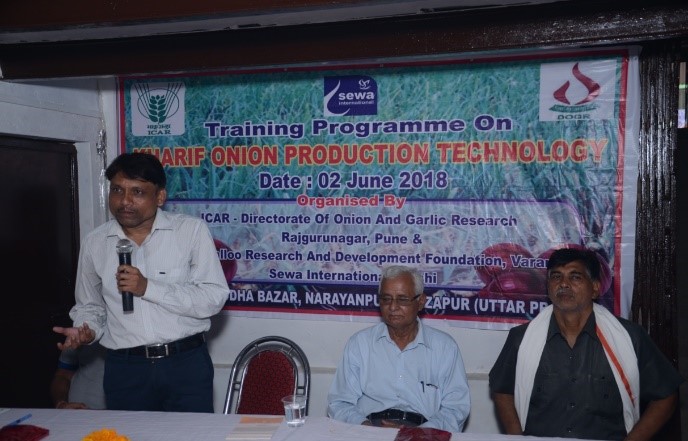 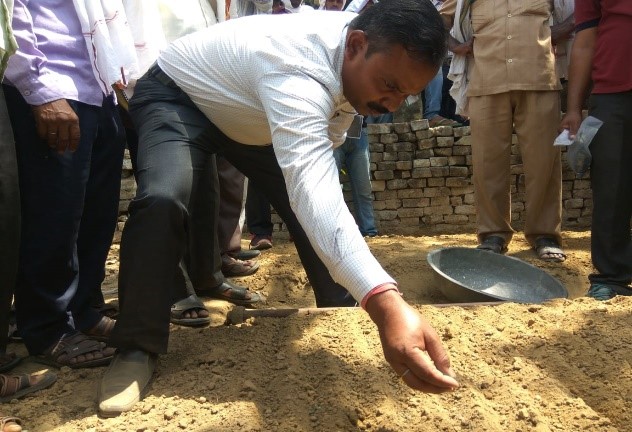 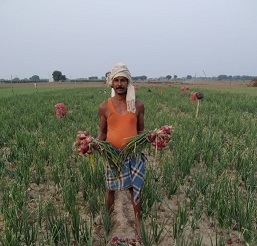 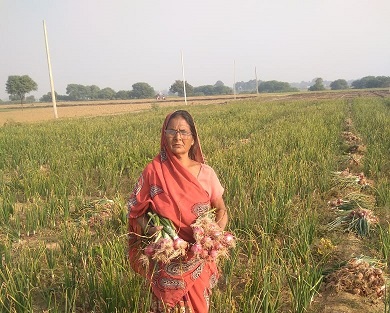