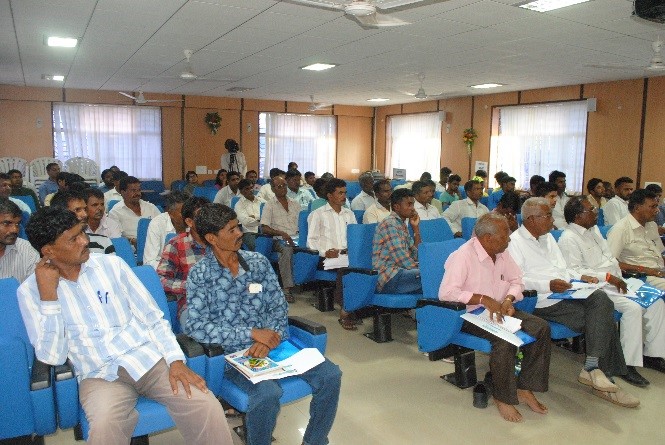 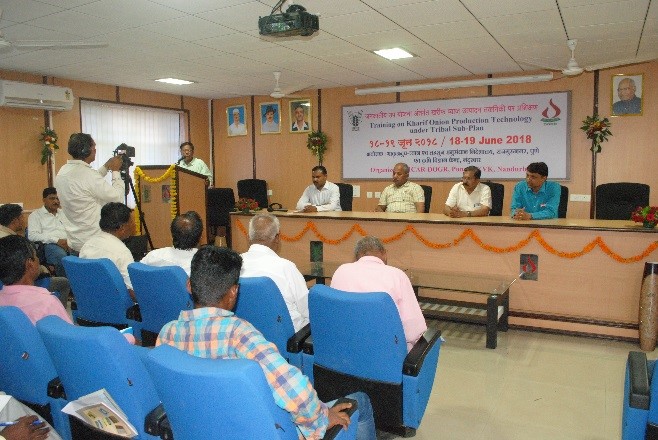 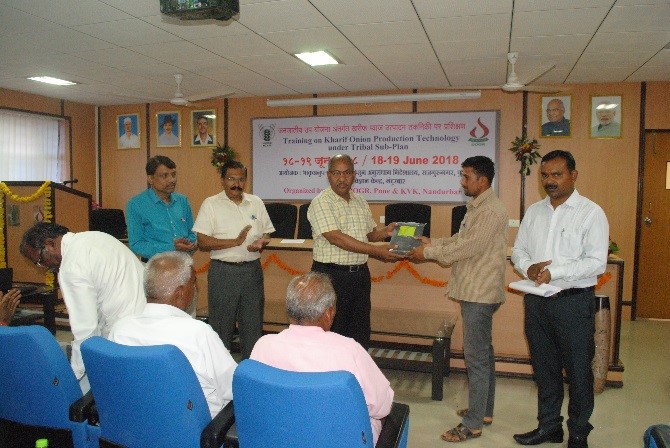 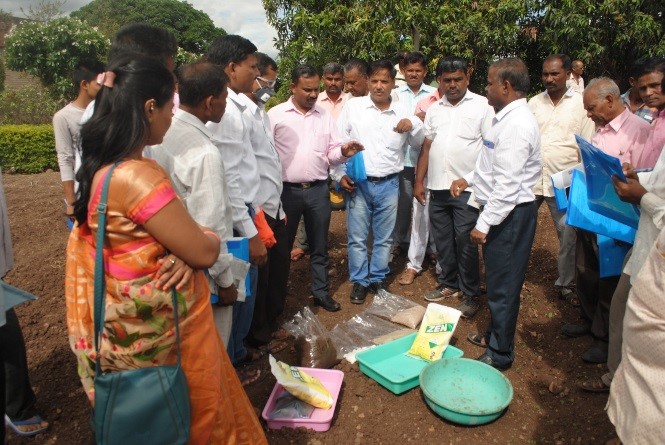 Two-days training programme on “Kharif Onion Production Technology” for tribal farmers from Navapur Taluka of Nandurbar was organised by ICAR-Directorate of Onion and Garlic Research, Rajgurunagar, Pune under the TSP Scheme on 18-19th June, 2018 at ICAR-DOGR Rajgurunagar. A total of 55 farmers participated in the programme in addition to farmers coming for ICAR-DOGR foundation day. The training was aimed for creating awareness among the farmers about cultivation of kharif onion in tribal belt of Nandurbar. Dr. Major Singh, Director, ICAR-DOGR formally welcomed the participants and elaborated the theme of the training programme and briefed about the DOGR technologies for farmers. Five tribal farmers under TSP were felicitated on 21st Foundation day of ICAR-DOGR by chief guest Dr. K. E. Lawande, Ex-Director, ICAR-DOGR & Ex-Vice Chancellor, BSKKV, Dapoli. Dr. A.J. Gupta, Principal Scientist (Hort.) & Nodal Officer (TSP), briefed about the activities of under TSP and benefits gain by the farmers from this scheme. He also spoke about impact of TSP on livelihood of tribal farmers. Lectures and field demonstrations of kharif onion production were arranged. Farmers expressed satisfaction and appreciated ICAR-DOGR for its work for the tribal area. Certificates were distributed to all the participants under training programme. Programme ended with the vote of thanks presented by Dr. A.J. Gupta, Nodal Officer (TSP).