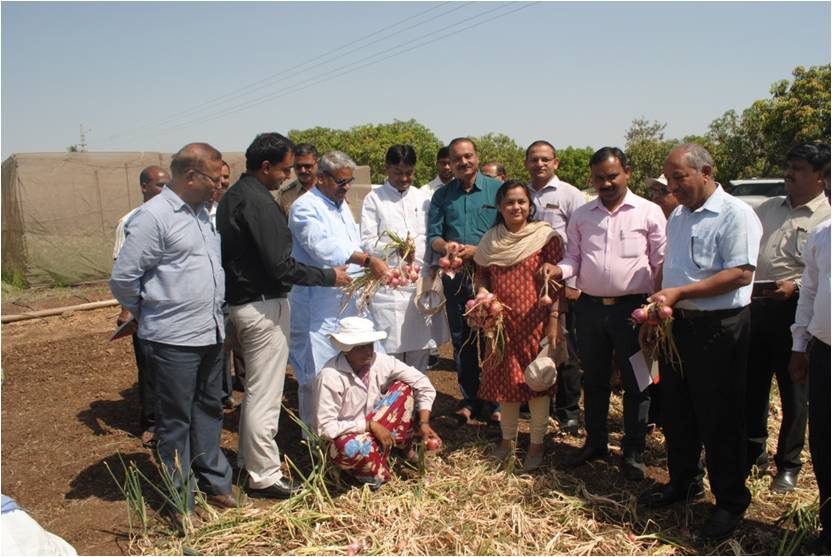 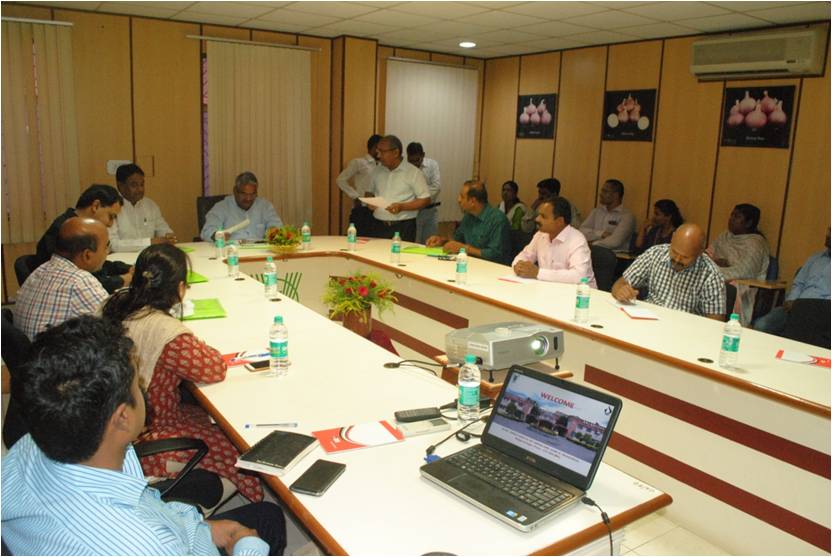 With tests establishing that night soil has trumped organic and chemical manures in terms of yield, an assorted team of dedicated individuals is now working to revolutionise how this waste matter is used. Sometime in November last year, a tempo drove into the Directorate of Onion and Garlic Research (DOGR) campus on Pune-Nashik Highway. To the surprise of researchers at this centre, it was carrying sacks filled with a kind of manure that they had never worked with before. Over the next few weeks, this substance was tested for efficacy; eventually, four six square metre plots were readied on this massive campus, with the idea of growing onions using different manures available with the institute, including the one that had just arrived. A good hundred days later, on Friday, May 4, 2018, the researchers harvested the plots to find startling results. The newly acquired manure had given the highest yield of the lot, beating both organic compost and chemical fertiliser. The material that won is night soil — or human faeces — excavated from two separate toilet pits in Ambegaon and Khed.

BEST AMONG ALL MANURES

The plot with organic manure gave an output of 18.22 kg, while the one enriched by chemical fertiliser generated 24.7 kg of onions. Another plot — which contained a mix of fertiliser, organic manure and night soil — gave out 21.81kg. But the plot pumped with only night soil plot yielded 26.87 kg of onions, beating all the other three. Boosted by the success of this ‘newfound’ material, the premier research institute run by the Central government will now carry out several tests on soil, onions and the manure itself, to ensure that it is safe in all aspects for further usage. The idea, according to Dr Major Singh, director of DOGR, came from Ayush Prasad, an IAS officer who is posted as sub-divisional magistrate in Khed, located 50 km from Pune. The bureaucrat was posted in Osmanabad during his first stint, which was when he thought of the idea of making use of human waste.

YOUNG BUREAUCRAT WITH A PLAN

“In Osmanabad, we were faced with the challenge of building toilets under the government’s open defecation free (ODF) programme. While we were convincing people to build toilets, yet another issue was at hand — making them use the loos that were already completed. There was also some inertia among locals about using toilets,” said the 29-year-old bureaucrat. Prasad explained that faced with multiple challenges, he came up with the idea of incentivising the use of toilets, by utilising the night soil collected in pits connected to the latrines. However, he had no way to formalise the plan back then. In October 2017, when he was transferred to Khed, Prasad got in touch with DOGR scientists, who carry out extensive research on onion and garlic crops. He had already teamed up with Jayant Deshpande, state coordinator of UNICEF, who had done extensive research on the subject as well. First, Prasad got the district administration to identify toilet pits that were full and needed to be emptied. Next, he got the night soil picked up and delivered to DOGR, where scientists picked it up for tests.

Scientists at DOGR explained that while this was their first experiment with night soil — and also that of any government body in the country — the results are very encouraging. “This is very first time in India that scientific research is being done with night soil. Its yield seems to be far better than other manures. In the next few weeks, we will carry out further tests to ensure that the produce is safe for consumption, as also test the soil for the effect the manure has on it, among other checks,” said Dr Singh. His team members, Dr Amar Jeet Gupta and Dr A Thangasamy, are equally confident that the night soil is by far the best manure they have come across so far.

While scientists at DOGR are back at work to establish that the produce grown using night soil is safe for consumption, the state coordinator for UNICEF has already compiled data to start collecting the manure from toilets across the state. “From the data we have compiled so far, there are around 1.44 crore toilet pits in Maharashtra, most of which have been dug up to build toilets under the Swachh Bharat Abhiyan. It takes around seven years for a pit to get filled up if the toilet is used by a family of five. Going by this, we will be able to take out night soil from 5,636 pits every day. A single pit gives out some 70 kg of manure. This way, we will be able to generate 1,400 tonnes of night soil every year,” said Deshpande.

Deshpande explained that the process of getting night soil is quite simple. Once a pit is full, most families start using the second pit built along with the toilet. The full pit needs to lie idle for about a year, and get exposed to the atmosphere for a few days after that. “Nature takes care of the rest. What you end up getting after all this is fine material that resembles tea powder. It has no foul stench, as most would think. All one has to do is use it as any manure on crops,” Deshpande elaborated.

With everything looking good so far, Prasad has already pinned his hopes on commercially exploiting this material, which is readily available in droves. Since he also holds charge of the tribal development department for Pune district, Prasad feels that the new manure will generate employment for the underprivileged. “We are working on the idea of forming selfhelp groups that can identify pits in their areas. The pits can be emptied and manure packaged after some basic treatment,” said Prasad, who on Friday presented the concept to Adhalrao Patil, a Member of Parliament (MP) from Shirur. Prasad believes that once the material gets a green light from DOGR, it will not only help the government promote the use of toilets under the Swachh Bharat Abhiyan, but will also arrest the degradation of soil and ground water due to rampant use of chemical fertilisers. “It will further address the issue of faecal management that the government is working on next, under the Swachh Bharat Abhiyan, as all the pits will get emptied and the material in them will get used entirely. Most importantly, if we can restrict the use of chemical fertilisers and use night soil instead, we will end up saving a lot of foreign exchange that goes in purchasing fuel to manufacture them,” said Prasad.

MP Patil, who saw that night soil harvest was the best as compared to other manures, has asked Prasad and his team to make a detailed presentation. “I can take it up in the Parliamentary standing committee, of which I am a member, which can then make representations to the agriculture ministry. I am certain that the concept will succeed. The only challenge I foresee is getting public participation, considering the stigma around the night soil. But, we can always work on this,” Patil concluded.