Organized Kisan Sangosthi on commercial cultivation of onion in Mirzapur (UP) 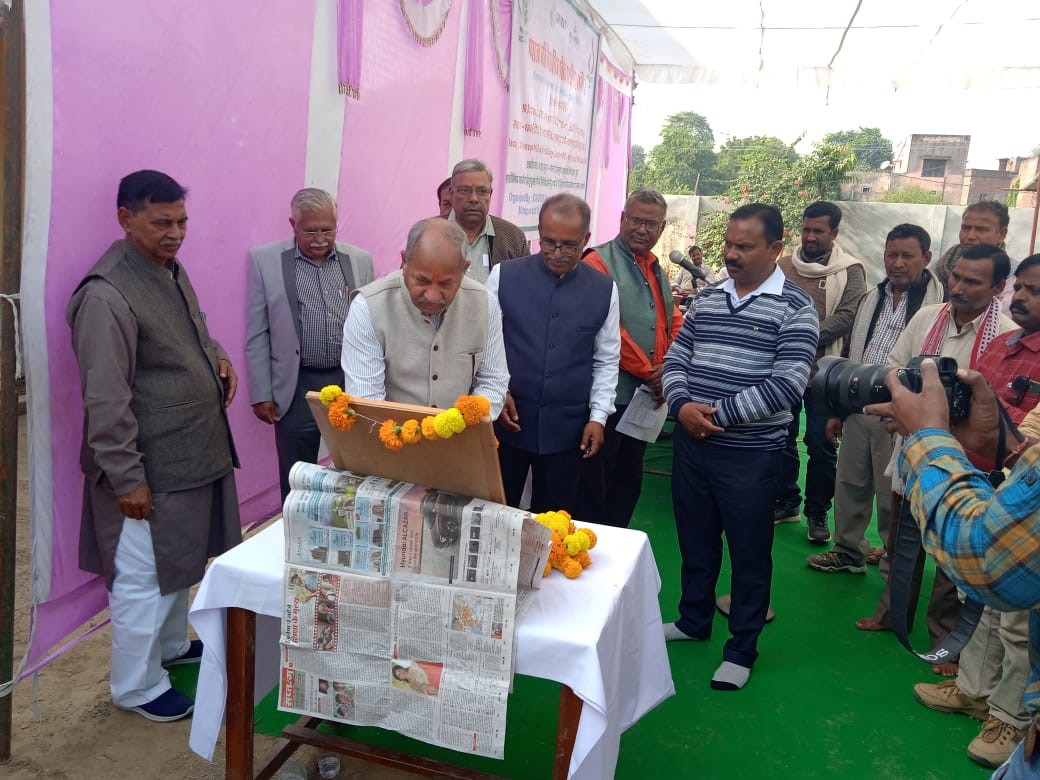 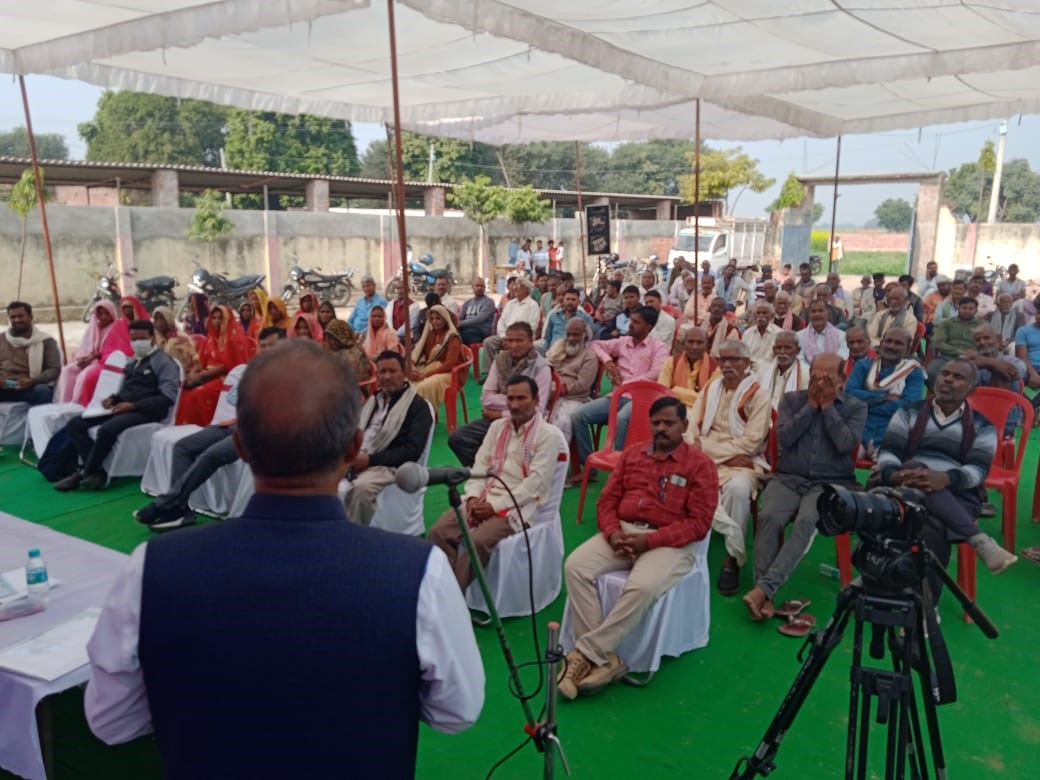 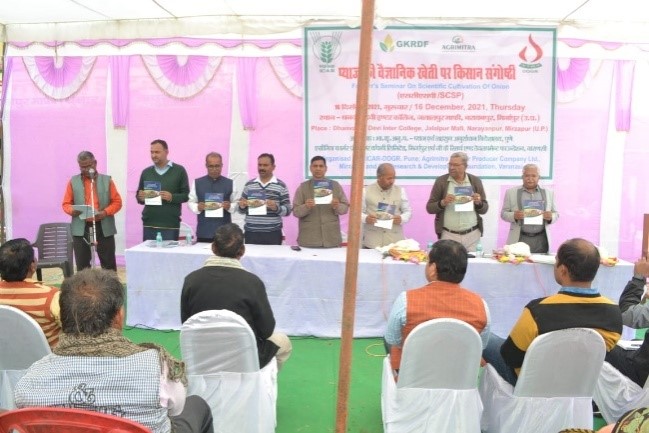 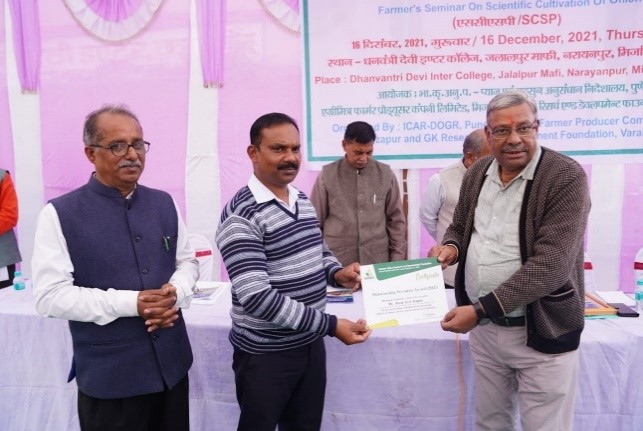 Dr. Gautam Kalloo, Ex-Deputy Director General (Horticulture), ICAR, and Ex-Vice-Chancellor, JNKVV, Jabalpur gave a message to the farmers to promote natural farming. Dr. P.S. Naik praised the farmers of Mirzapur for their pioneering role in adopting new agricultural technologies and keeping food security in mind. Dr. Naik appreciated the efforts of ICAR-DOGR in the development of onion and garlic technologies and their transfer to the farmer’s field. Apart from this, he said that more attention and efforts are needed to increase the storage capacity of the crop. Stabilizing onion prices and doubling the income of farmers, commercial cultivation of kharif onion need to be promoted to meet the farmers' requirements. The special guest of the program Dr. Major Singh said that there is a huge potential for the production of kharif onion in Mirzapur, so the farmers of the region need to adopt advanced technologies developed by ICAR-DOGR, Pune, for which the institute will help to disseminate the applications of the technologies developed for the cultivation of onion in Mirzapur and other suitable areas. Dr. Singh also mentioned that Eastern Uttar Pradesh especially Mirzapur is proving to be a suitable area for kharif onion production, which can make it a hub for kharif onion production in the coming years, increasing the production of kharif onion as well as stabilizing the prices of onion in the country. Dr. Nagendra Rai emphasized and motivated the farmers to mobilize into Farmer Producer Companies to achieve a stable income for themselves. Dr. Vijay Mahajan appreciated the farmers and spotting the great potential of kharif onion production in Mirzapur and its role in filling the gap of onion supply, advised the farmers to adopt the improved technologies for onion cultivation to increase the onion productivity in the country and stabilize its market prices. Mr. Pawan Kumar Prajapati briefed the farmers about natural farming and its role in combating and preventing global warming and other changes in the atmosphere.

Dr. Amar Jeet Gupta presented the current status of onion cultivation and explained how farmers of Mirzapur can secure their livelihood through the commercial cultivation of kharif onion. Dr. Gupta appreciated the farmers for their active participation and cultivation of onion in Chunar Tehsil of Mirzapur. The production and productivity of onion in Mirzapur have increased significantly by 93% and 32%, respectively, by adopting the technologies developed by ICAR-DOGR along with the support from Agrimitra and GKRDF. Social worker Dr. Govind Narayan Singh was honored for his effective involvement in this program. On the occasion, Dr. Amar Jeet Gupta, Principal Scientist (Horticulture) was also honored with the 'Outstanding Scientist Award-2021' by Gautam Kalloo Research and Development Foundation, Varanasi for his outstanding contribution in the promotion of improved varieties and production technologies of onion. Basedon the performance of field demonstrations conducted by ICAR-DOGR in Mirzapur in the last four years, it has been found that the area of Mirzapur is highly suitable for kharif onion production. Kharif onion has also proved to be more beneficial for commercial cultivation as compared to rabi onion along with other traditional vegetables grown in Mirzapur areas.