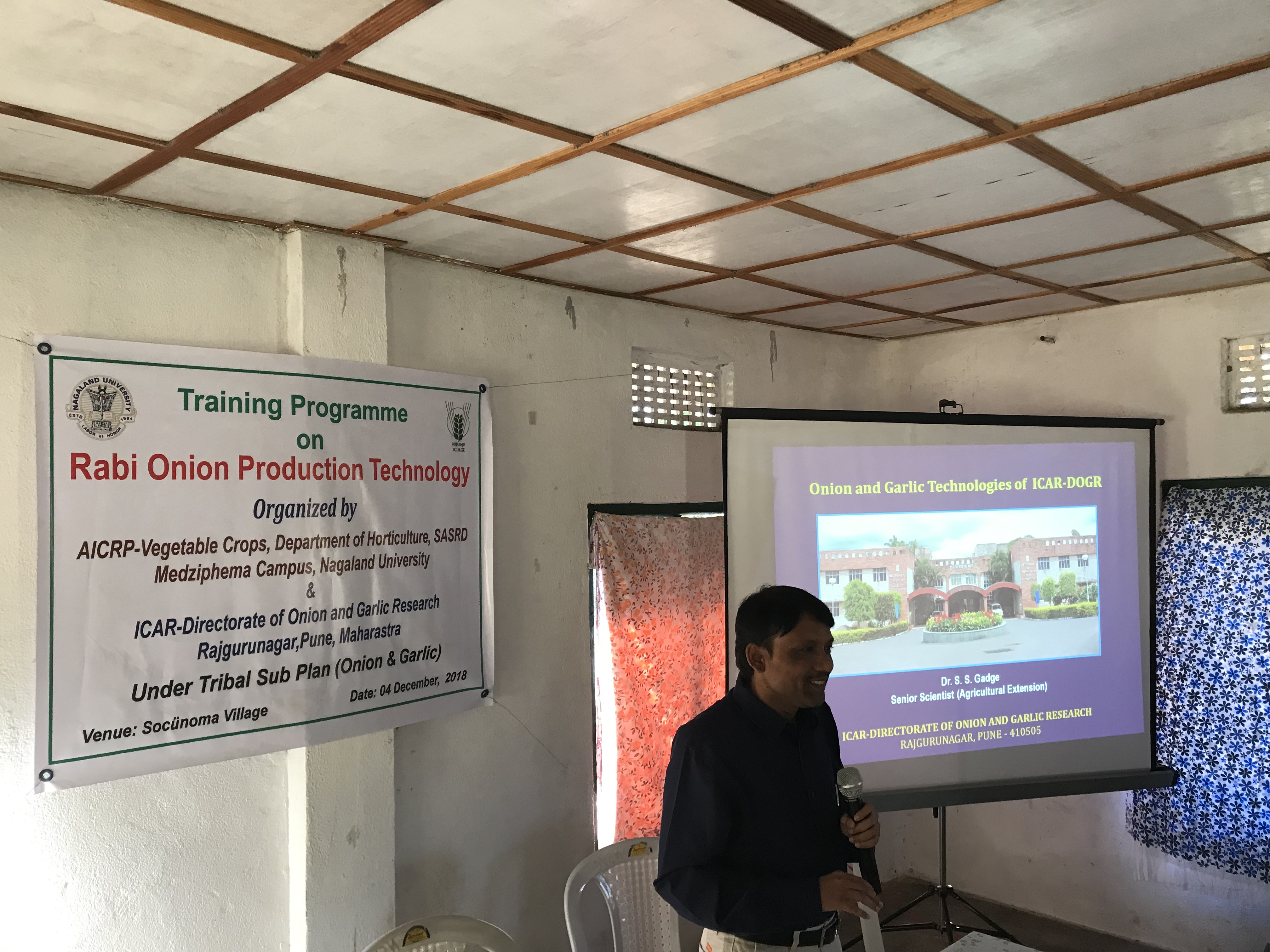 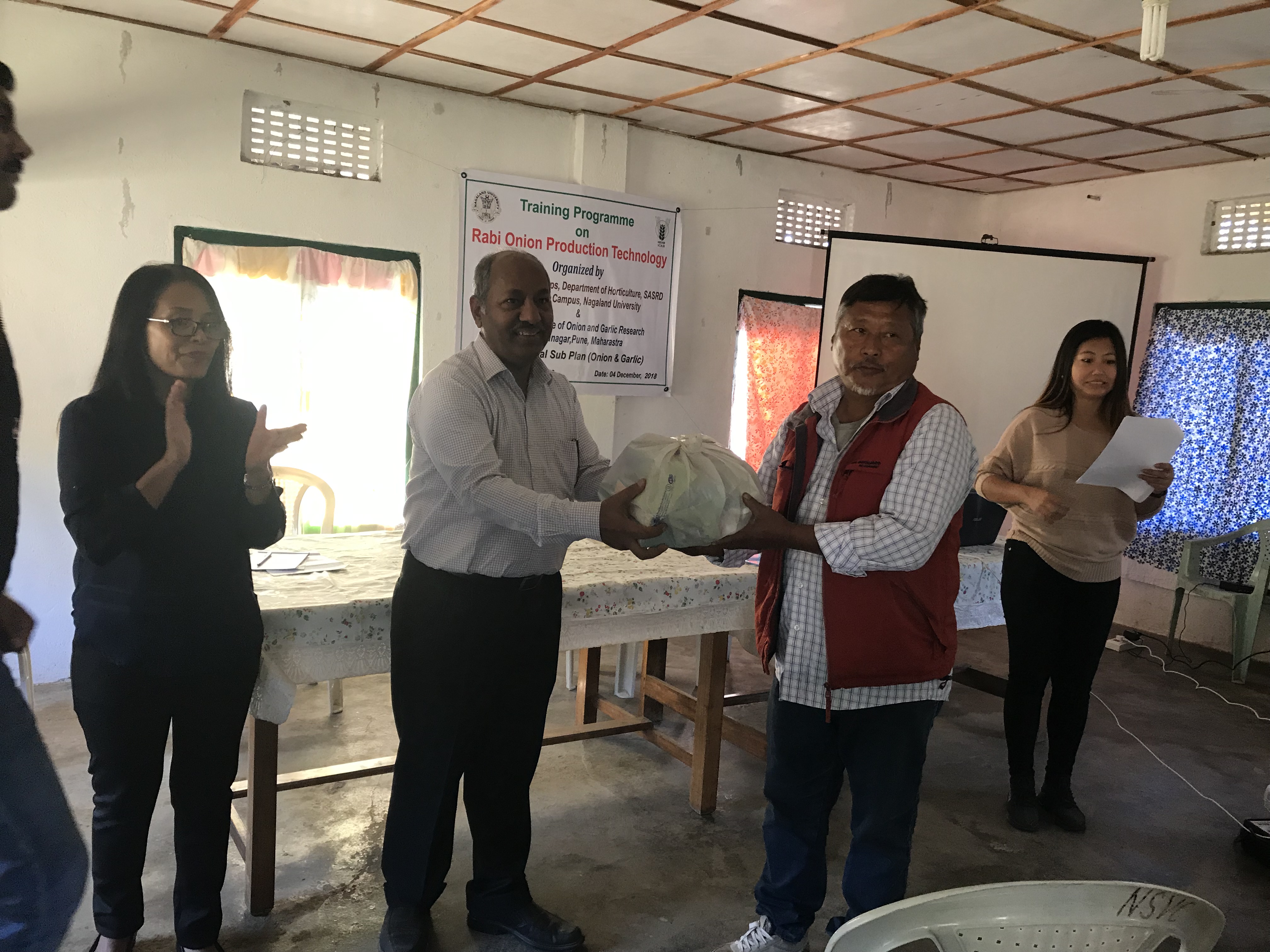 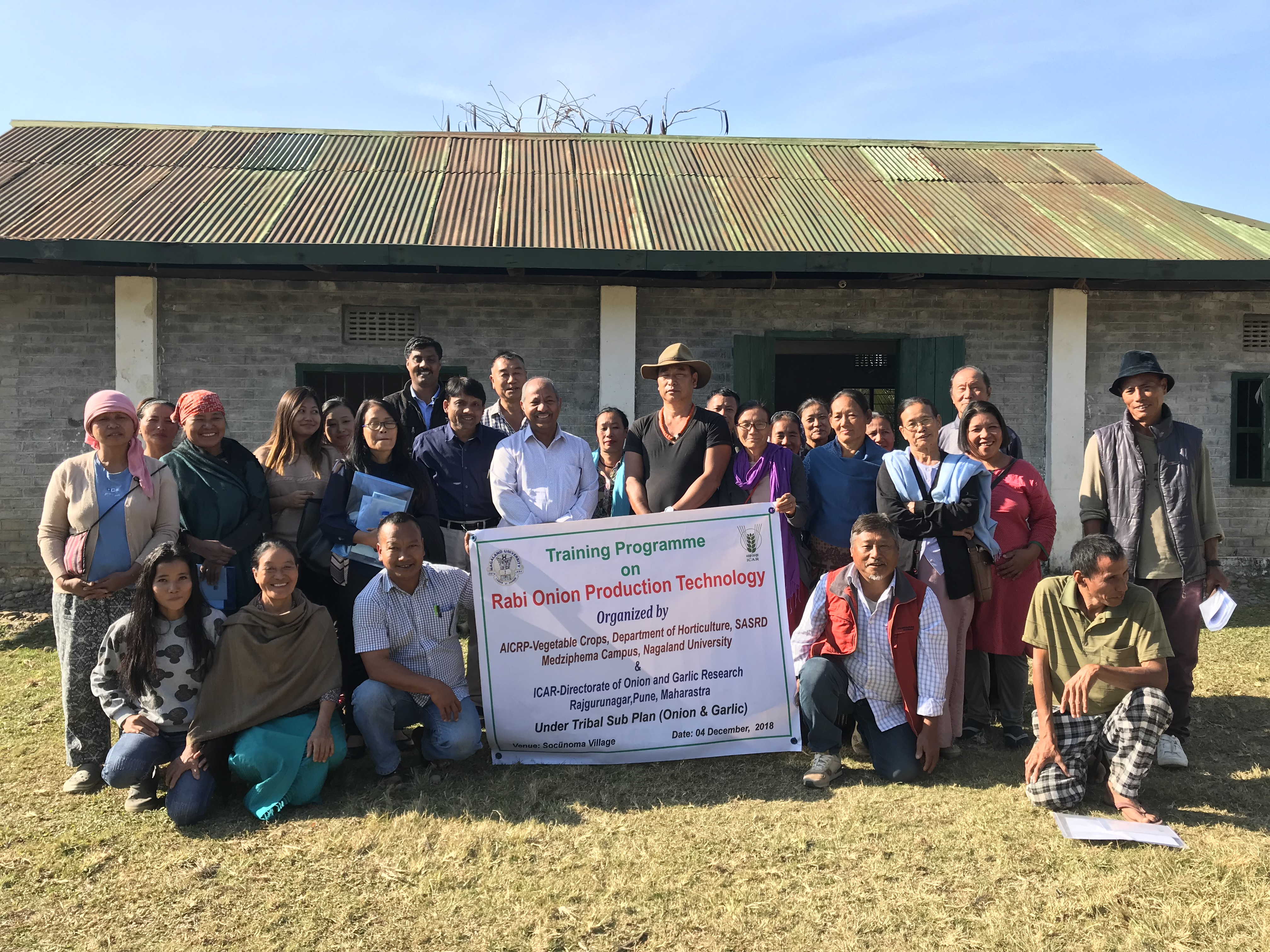 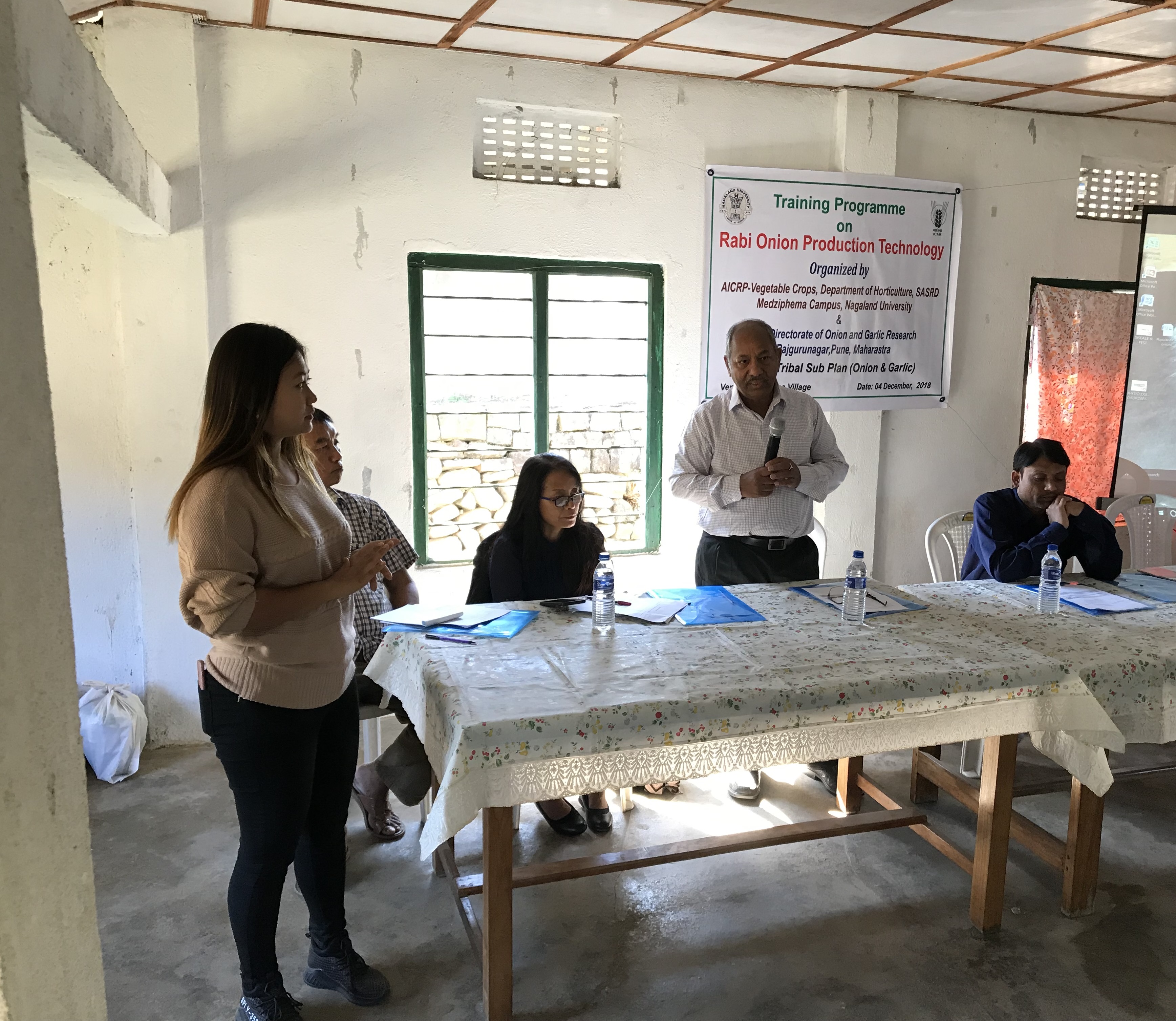 ICAR-Directorate of Onion and Garlic Research, Pune in collaboration with School of Agricultural Sciences & Rural Development (SASRD), Nagaland University (NU), Medziphema conducted farmers’ training on “Rabi Onion Production Technology” at Socuunoma village of Nagaland on 4 December, 2018. The inaugural programme was chaired by Prof. Akali Sema, Principal Investigator, TSP-NEH for Nagaland and the programme was graced by Dr. Major Singh, Director, ICAR-DOGR, Pune. Dr. Singh encouraged the farmers by highlighting the importance and prospects of onion in Nagaland and stated that the wholesale price of onion in Nagaland is the highest in India and therefore this programme was initiated to help the local farmers to become self-sufficient and also to generate income. A brief remark was also given by Mr. Mhiesisato Vupru , Gaon Bura, Socuunoma.

After the inaugural function, Dr. Shailendra S. Gadge, Senior Scientist & PI, TSP-NEH delivered presentation on “ Onion and garlic technologies by ICAR-DOGR” and advisory on “Rabi Onion Production Technology” which were translated in local language by Dr. Moakala Changkiri, Scientist, AICRP (VC) & Co-PI (TSP-NEH for Nagaland). The training was attended by 40 farmer participants including TSP-NEH beneficiaries from Hekheshe, Zhuikhu, Bade and Socuunoma. In the discussion hour, farmers shared their problems which they are facing in cultivating onion and the subject experts provided helpful suggestions. Demonstration kits consisting organic inputs were also distributed to 10 farmers’ groups. The training programme was held with the aim to promote onion cultivation which automatically will mend the requirement of the local people as well as it would be a source of income generation as onion cultivation is not taken up by many farmers.

The villagers expressed their heartfelt gratitude for initiating such a programme under TSP-NEH and assured full cooperation for the success of the programme. The training was coordinated by Dr. Aastik Jha, Scientist, AICRP (VC) & Co-PI (TSP-NEH for Nagaland) and Yongkontula, Programme Assistant. Vote of thanks was proposed by Dr. Waluniba, Scientist, AICRP (VC) & Co-PI (TSP-NEH for Nagaland), Department of Horticulture, SASRD, NU, Medziphema, Nagaland.